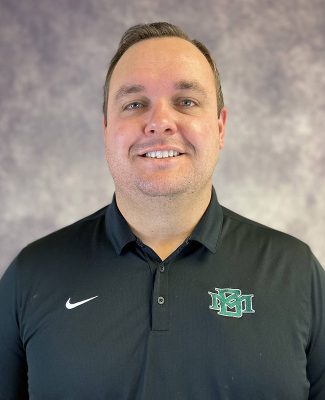 Coach Miller is entering his 13th season overall as a coach and 4th as the Athletic Director and Head Football Coach at Marion High School. Coach Miller’s first year, they set a school record for the most wins in a season, going 10-2 overall. Coach Miller has previously coached at Deer Park High School, Holmes High School, Northside ISD’s newest high school Harlan. He helped establish a character development program and a winning culture in athletics that carries over to the Marion Bulldogs. Coach Miller earned his Master’s Degree in Education at Texas State University where he was also a graduate assistant coach for the football team. Coach Miller earned his bachelor’s degree in Exercise and Sports Science, while playing football at Texas State University. He and his wife Melissa, who is the Assistant Athletic Director and Head Volleyball Coach at Smithson Valley, have 2 boys, Mack (4) and Hayes (2).

It Is A Great Day To Be A Bulldog!! GO BULLDOGS!